The world changed just because of him !

I put the title of the post as something I think about. The person I want to talk to you about, if it weren’t for that, the world would change. I say his name first so that you can relax. A name that has always been pleasant to me … Mr. Alan Matheson Turing, legendary. . .

Alan Turing on a rainy day, like the days we have in the northern cities of our country (Rasht). 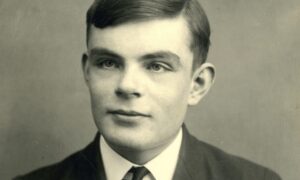 year he was born. The constellation of that month was also Cancer. It has been about 106 years and 11 months since Alan Turing was born. But unfortunately, the world was not friendly with this unique scientist. Why, because he died at the age of 41 on Monday, June 8, 1333, due to suicide for special reasons. Interestingly, if I want to tell you about the Gregorian date, he was born in June and later died in the same month 41 years later.

Alan Turing was, is, and will be the creator of the world’s first intelligent machine. Turing (Christopher) smart machine or the same computers today. These are all names for the device. The world’s first computer to earn the title of father of computer science for Alan Matheson Turing. Many people say that the calculator is the first computer in the world and that its creator is someone else, and things like that, yes, calculators are also smart machines. But the computer Mr. Turing built had the power to think. In fact, it laid the foundation for today’s smart computers. It has made it very easy for us to go online and order a hard drive from Digi Kala. Let’s go to Alibaba to get a plane ticket. Let’s get a car in Snap. Let’s pay for online banking. Let’s go to Qalyoon plum: order Qalyoon. And all the other exciting things. Allen laid the foundation for a digital world brought here by others. I say Allen came from God. He had a mission. And he did it well. His mission was to make us lazy, or to make him comfortable. Which led to the formation of computers and then the connection between them. The sour dimension of the network and later the Internet and the virtual world and ……

Alan Turing himself believed in atheism. If it weren’t for Alan Turing, there would be a lot of dating happenings. friendships . Save the lives of many murders. Many embezzlements. Many surgeries. Lots of space photos. Many planets. A lot of it happened and maybe it didn’t. But I assume that Turing did not invent computers now. And no one else had that ability. Imagine a world without computers right now …

Mathematician. Computer scientist. Logician. Philosopher. Bio Mathematician. Electronic . Cryptographer. Artificial intelligence . All these were the specialties that this great person had. . . And inside the wiki page.

For his achievements, the scientist created an award named after him, known as the Nobel Prize in C 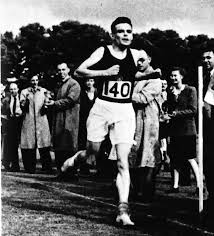 omputer Science, the Turing Prize. And it belongs to very prominent people in the field of computer science.

It was World War II. Germany was firing rockets and bombs all over the world. They had an encryption

machine called an enigma that used to send messages to various Nazi bases. The name of the bomb. A place to be hit. Collision time.

This information was all encrypted and unreadable. And only the Germans could read these messages. Act on it. I will not tell you the rest of the story. I want to introduce you to the pleasure of this story in the form of a movie.
The.Imitation.Game.2014 movie or imitation game. I highly recommend this movie. You will definitely like it. Be sure to download and see.

Scientists estimate with the computer that Allen invented. It reduced the length of World War II by at least two years. And the rhetoric saved over 14 million people. That person was a real hero.

344 Thoughts to “The world changed just because of him !”